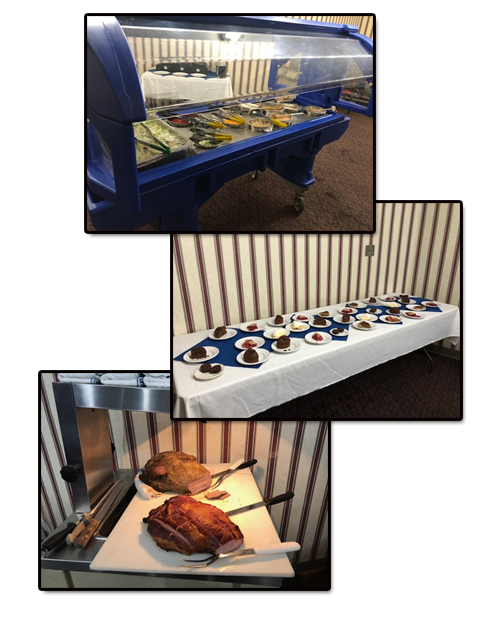 With the idea of starting small and working their way up, the Ansara Brothers received an unexpected loan delivered from their milkman who had faith in their dream. In 1955, they began their first venture by purchasing Coyle Market, a small grocery business in West Detroit. A few years later, the brothers purchased Gee's Drive-In Restaurant in Allen Park, Michigan. Andrew and George's dream of being successful businessmen became a reality, and, in 1961, they opened their first Big Boy restaurant in Garden City, Michigan.

More than 50 years later, the Ansara Restaurant Group has become a nationally known and respected restaurant and real estate company operating Red Robin and 2Booli restaurants throughout Michigan and Northwest Ohio. And in 2011, Trotside Restaurnat came to life. Lovcated in Northville, MI, inside Northville Downs Race Track. We are happy to serve you!

We have a concession menu that is used all 7 days on the 2nd level and the main dining room on the 3rd level is open during live racing dates with a full menu and a Saturday Buffet.